I have been gaming for 41 years.  I have also been watching fantasy movies for nearly as long.  One of the earliest was Wizard of Oz and lately, well the fare is sparse mostly taken up by super hero movies.  Not there is anything wrong with that.  The pinnacle in fantasy movies for my part is Lord of the Rings.  It provides many points of discussion of the movie itself, its adherence to canon lore, and as a mine for gaming ideas.

I have a list, in no particular order, of inspiring movies I would like to present for your pleasure and, hopefully, discussion.

1. The Wizard of Oz.  This story is a fish out of water tale of a girl from Kansas taken to a fantastic realm by a tornado.  The journey she takes is across a bizarre landscape filled with bizarre creatures.  Plenty of fodder for any gamer who can overlook 1939 movie production values.

2. Willow.  One of the first movies we could say was ours.  A zero to hero journey with magic and monsters.  A fun film worth the watch.  It even has some girl power with all the emasculating poison in many of today’s movies.

3. Conan the Barbarian.  Apart from Aliens, probably the most quoted movie in game.  Or maybe it is just Arnold himself that is often quoted.  Either way.  It has all the goodies, except monsters.  Unless you count the cannibals.  I would.  Conan was a hero that wasn’t a knight in shining armor.  He faced adversity head-on.

4. Excalibur.  This is a must watch for gamers.  You have no cred if you fail in this.  Lots of sword fighting and a bit of magic.  Not too shabby.

5. The Dark Crystal.  On of my favorites for a long time.  The Henson puppets didn’t appeal to many, but it had everything the gamer needs:  bizarre locales and creatures.

6. Monty Python and the Holy Grail.  Also a must watch.  If you haven’t why are you even a gamer?  A party of “knights”.  They start out together and then they split the party.  Bad times are had for all and we could have warned them if they had asked.

7. Legend and Labyrinth.  These go together because they are of a piece, to me.  The were bad.  They did nothing for good for fantasy movies.  Ok, so Tim Curry was good.  That’s it.

8. The Lord of the Rings.  Still the best fantasy movie of all time.  Hands down.  Great fight scenes.  Monsters and magic.  Betrayals.  Heroic sacrifice.  This set of films has everything that a gamer could want in an inspirational movie of any kind, let alone for gaming.  Sure it’s not a purist’s dream, but who wants to see Tom Bombadil ruin the momentum and seriousness of the tone.  No one does.

These movies are older as you can tell.  Most come from a time when you could have a man be a man without folks crying about the patriarchy something else equally inane.  I will likely add more I think of them over time, either as edits or as comments below. 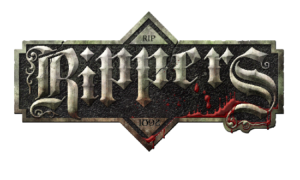